It is a sunny day in Jakarta, and Francesca Pichel, Rizal Iwan and Dionne Verwey sit on the second floor of the Komunitas Salihara building. On the wall behind them are two huge painted figures who greet each other. During the conversation the three talk about the preconceptions and impressions they had when they met for the first time, what them drives as artists, how family background plays a role in this and how they are motivated to find common grounds.

Common grounds and balance in contradictions

They share that from the moment they met, they clicked immediately. Rizal is a writer and theatre actor from Jakarta. He is with the Jakarta Players, and recently participated in a performance with Rorschach Theatre in Washington DC. His short stories have been published in the Jakarta Post and his successful Creepy Case Club, a preteen horror series with an Indonesian twist, has recently been acquired for a movie adaptation.

Francesca Pichel and Dionne Verwey are both actors, performers and singers in the Netherlands and members of the music-theatre collective Sir Duke/Orkater. Recently Francesca played Mohammed Hatta and Dionne Anton de Kom, two freedom fighters from Indonesia and Suriname, supposedly meeting in the Netherlands during colonial times. Hatta & De Kom was a theatre performance that also echoed the family histories of the two makers themselves. Francesca’s Indo-Dutch family moved from Indonesia to the Netherlands in the 1950s. Dionne’s family comes from Suriname. Her grand-uncle lived as a KNIL-soldier in Indonesia around the 1950s. Now their stories come together in Jakarta. 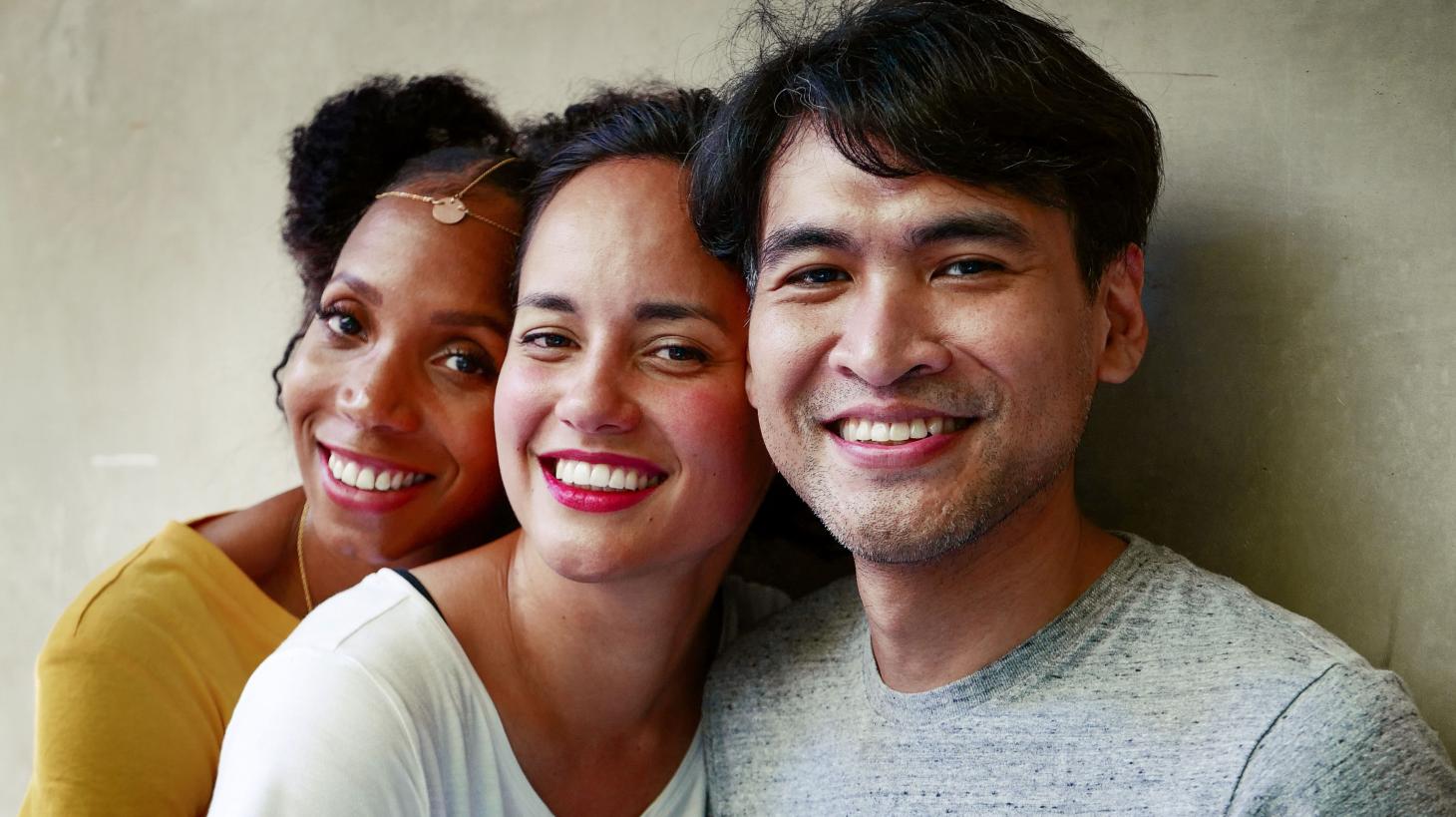 The exchange project between Dutch and Indonesian counterparts starts with the shared history of Indonesia and the Netherlands. By sharing their family and personal stories, they shed a light on new stories within this master narrative and enrich each others' perspectives. Dionne tells how she is inspired by the stories that are not told. “By freedom fighters like Anton De Kom (De Kom, born in Suriname, became an important voice in the anti-colonial movement, ed.), but also the family stories of Francesca and Rizal for example. Those stories are also a reflection of myself, because the way I work is to look for common grounds that binds people together.”

Francesca stresses that there is not one truth. She refers to historian Bonnie Triyana, one of the lecturers during the workshop program in July. “To approach the complexity of history, collect as many records of one event.” For her it is important to understand the past and look forward at the same time. “But it gives me a lot to learn more about my family history,” she says.

Dionne adds: “Personal stories are the start of everything. If you are a storyteller, in order to tell your story, you have to know where you come from.” Rizal agrees: “Things can be unearthed and dug up from the theme (My story, Shared history, ed.)". By digging up their family history in relation to the Second World War for the Hatta & De Kom performance, Francesca and Dionne pave the way for new perspectives within the bigger history.

For Rizal it is the first time that he explores his family history, in particularly his mother’s, whose family once moved from Manado in Sulawesi to Sumatra. He started this project to honor the story of her father, but while digging into his family history, he now feels more connected to his mother than ever. “Understanding your (grand)parents is probably the biggest sign of respect,” he says.

Rizal, Francesca and Dionne point out that within their collaboration, there is a continuous shift of dynamics between them. With all three coming from a different background, they are motivated to find common grounds and similarities as a group, also from an artistic point of view. Three Fishes Out of One Bowl Trying to Find a Common Ground is therefore about three people from different backgrounds who come together to find the place in time where their own histories intersect.

Along the way, they discover issues that are not as simple as they initially thought. The result is a performative piece which explores cross-identities and intersectionalities as well as the weight of history that we carry with us throughout our lives. It will be performed at the Literature and Ideas Festival 2019 (LIFEs) for the first time.